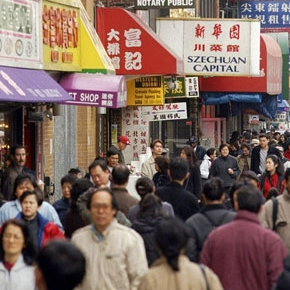 There are 800 different languages spoken around the city of New York. A recent article infers that a significant portion of these languages are oral only, transmitted solely in the form of the people that speak it. Researchers are seeking to formalize and archive these languages. The Endangered Language Alliance are a group of linguists in New York City at CUNY that have the goal to “further the documentation, description, maintenance, and revitalization of threatened and endangered languages, and to educate the public about the causes and consequences of language extinction.” According to their website, they operate from “a small office on West 18th Street known as the Urban Fieldstation.”

Reading about the diversity of languages in the city and the work of the ELA, I thought about our class discussion last week of Vyjayanthi Rao’s city-as-archive concept. The city’s migrant population are the living archive for languages transmitted from different parts of the world. Where Rao considers the displacement of a population within the Indian city to expand the notion of urban density, what networks of information and relationships may be carried with New York’s migrant population? How might these networks be represented? Also, (and this is a question I’m still revising) how are these languages being authorized and ported to the city’s more formal networks of knowledge and cultural production? It is interesting to think of the “Urban Fieldstation” as a new node in the network. It is located in Manhattan although most of the language diversity is concentrated in Queens.