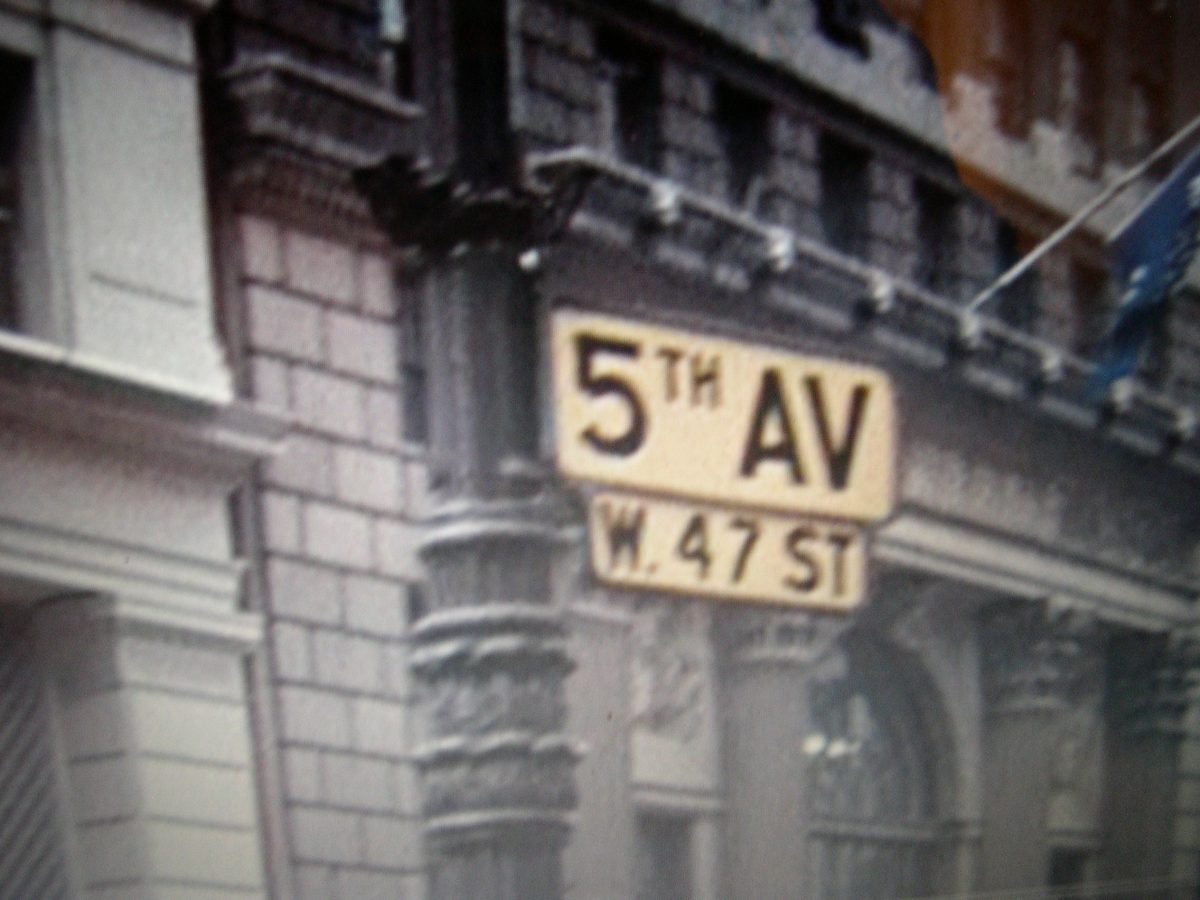 My first post made it clear to me that I needed to define precisely what I was looking for; now it is clear that I may need to refine what I am going to make of what I will find.

A few weeks ago, I began contacting a number of sources, looking for photos of old street signs as well as any sort of documentation on the signs themselves. Specifically, I was looking for what material the old signs were made of (so that I could compare that to the material of the new signs),information about sign colors(when did they change and why, and what relationship could be drawn between sign colors in different neighborhoods), and special interest would be given to the change
of signs demarcating historic districts. I naively thought I would be swimming in information once I contacted the Department of Transportation and the NYC Municipal Archives. Wrong again.

The Municipal Archives expediently responded to my inquiry by telling me that they had nothing because the DOT is responsible for keeping those records and that I should contact them. (They did however suggest that I contact the City Hall Library, so I did, and am waiting for a response.) The representative I corresponded with from the DOT was very kind and told me she consulted with her superiors and other branches, but ultimately found that they had nothing to offer me. (Though she did give me a series of links, among them, one to the New York City Council and another to the Manhattan Borough President’s Office.) I have also submitted an inquiry to the New York Public Library research division but I’m waiting for a response from them as well.

In addition to the two new aforementioned leads, I still need to contact Christie’s, the auction house, and possibly some other auctioneers, since they sometimes sell old signs.

While I’m waiting for responses, I decided to begin searching as many color films shot on location in Manhattan and take any screen shots that I could find. This may prove problematic since I need to make sure of the authenticity of the sign(that it wasn’t reproduced on a sound stage, etc.) But I think it’s worth exploring. (An example of this, ambiguity and all,