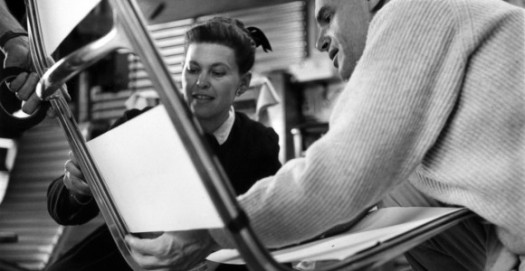 (via Urban Omnibus) Architecture and urbanism-themed films include, among others:

EAMES: THE ARCHITECT AND THE PAINTER
Saturday, November 5, 2pm
Charles and Ray Eames are known as one of the most influential design teams of the twentieth century. Their interdisciplinary projects blurred the realms of architecture, exhibition design, furniture design, filmmaking and product design. Eames: The Architect and the Painter takes a closer look at the interlacing of their private and public lives, as well as how their influence on following generations of designers. [SM: Highly recommended! I saw this film at the Architecture & Design Film Festival a few weeks ago.)

THIS SPACE AVAILABLE
Saturday, November 5, 7pm // Tuesday, November 8, 1:15pm
Signage and advertisements have taken over the airspace of cities around the world. According to This Space Available, this type of “visual pollution” has changed how we see and use public space. Director Gwenaëlle Gobé follows a number of activists in New York City, as well as around the world, that are trying to reclaim the airspace for the public.

BROOKLYN BOHEME
Wednesday, November 9, 9:30pm
Fort Greene, Brooklyn gave rise to “an African-American arts movement in the late 20th century as vibrant as the Harlem Renaissance.” For Brooklyn Boheme, director Nelson George teams up with Diana Paragas to interview some of the leaders of that movement, including Spike Lee, Chris Rock, Branford Marsalis, Saul Williams and Lorna Simpson, to create a portrait of this important neighborhood.