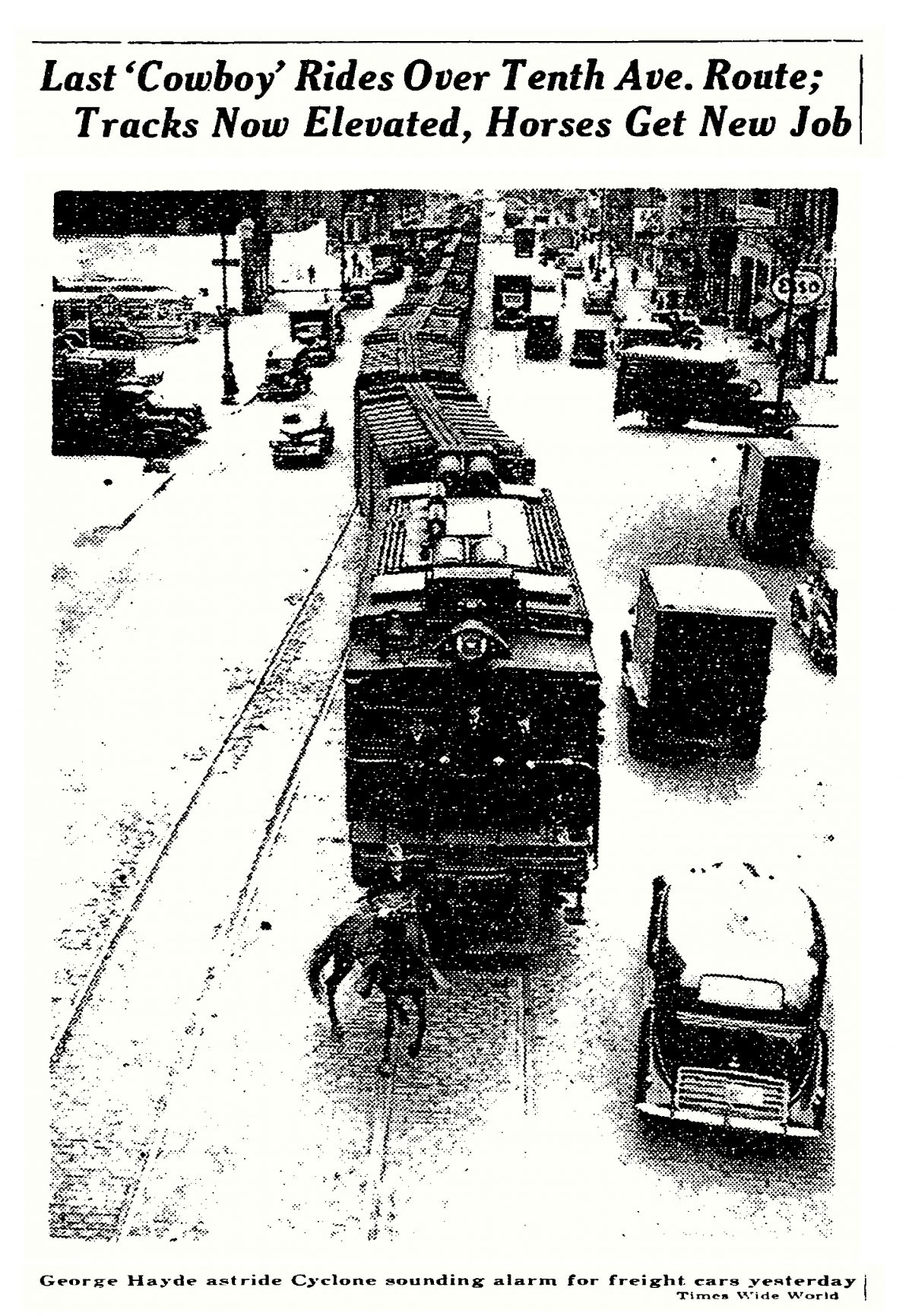 Over the past three weeks I’ve focused my efforts on research, generating the “stuff” that will form the basis of my URT project, with the recent dossier review helping to direct and concentrate my efforts. As predicted at the beginning of the course it’s proved necessary to delimit my area of inquiry, sacrificing overambitious scope on the altar of quality.

Anyone who has undertaken digital research knows the Web is both an extraordinary resource and bewildering maze – particularly for those who fall within the Completer Finisher category of the Belbin Team Inventory. Every search leads to yet another link and the temptation to continue exploring before the current resource is exhausted. Each query unearths a new search term necessitating the return to previous sites in order to re-search, to dig even deeper. Thus “Westside Cowboy” mutates into “West Side Cowboy”, then “10th Avenue Cowboy” and even “Equestrian Signalman”. A blog post (http://www.shorpy.com/node/1787?size=_original) revealed that the term “cowboy” was just the railway company’s way of being polite. The locals apparently called them “Dummy Boys” after the “steam dummies” they accompanied i.e. steam locomotives that had been covered up so as not to frighten the horse traffic.

As expected there have been many frustrations. These include the endless reproduction of the same images across numerous sites, although occasionally this leads to the discovery of the original source and new treasures. In addition there is the vexation of the vagaries of catalogue descriptions and parameters. For example, when searching the Bain Collection at the Library of Congress entering the abbreviation “Ave.” returns a wholly different, yet curiously more relevant, set of results than the word “Avenue”. For the map itself I had intended to include the path of the High Line over time as it expanded (it took five years to build) and contracted (in the 1960’s the southernmost section was demolished). However accurate maps charting this have proved illusive. It occurred to me that perhaps the most fruitful resource of maps and images might be the archive of the New York Central Railroad, the original owners of the High Line. However during the turbulent economy of the late 1960s and 70s the NYCR successively merged, went bankrupt and was broken up and a portion of its assets (including the High Line) were absorbed by CSX Transportation. I’m currently contacting CSX to see if they possess the original archives of the NYCR.

As part of my ongoing research I’m particularly keen to visit a physical archive if it offers the prospect of uncovering new material which might make a significant contribution to my mapping project. I was particularly interested in Professor Mattern’s revelation that many archives only allow you to take digital photographs of the documents (including photographs) in their care. This raised the intriguing possibility of using a photograph of a photograph in my own Dear Photographs taking the concept of mise en abyme (a term which originated with André Gide) to new levels.

Whatever the disappointments I’ve also come across many unexpected gems such as a high resolution scan of a brochure extolling the virtues of the West Side Improvement on a 1920s and 30s travel ephemera site (http://www.travelbrochuregraphics.com/). I also discovered the New York Times article which illustrates the start of this post. Using a little detective work I cross-referenced the grainy newspaper image with the photographs that instigated my search for the last West Side Cowboy. As a result I now know that the final ride took place at 10:50 on 29th March 1941 escorting fourteen freight cars loaded with oranges.

And who was the last West Side Cowboy? His name was George Hayden and he was riding his trusty bay horse, Cyclone.  He was twenty one years old and had never been out of the city limits.