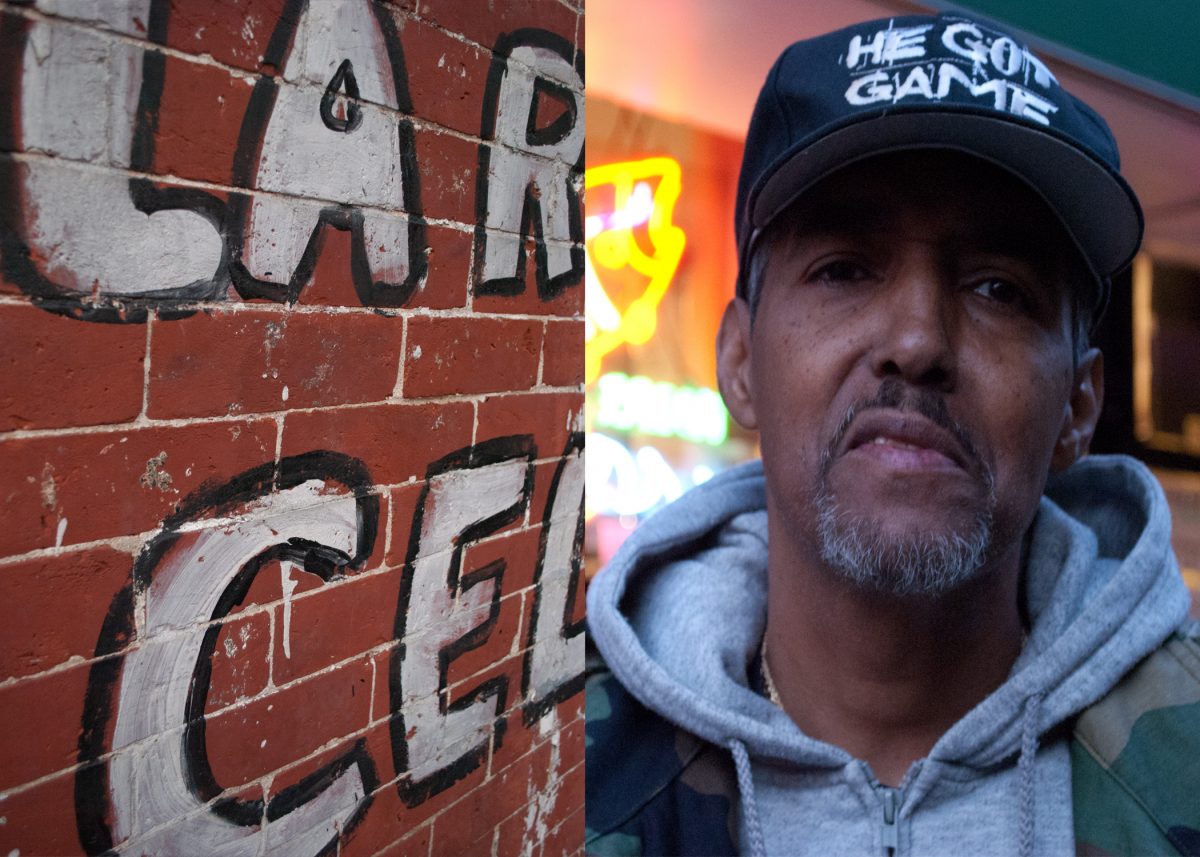 One of my main goals at the beginning of this project was to look into how the locative place of graffiti interacted with and played off of  narrative spaces occupied within communities. My preliminary assumption had always been that there would be a direct relationship between the two, and the challenge of cartographically representing these would be in finding the links. In my proposal, I had referenced the work of Tracey Bowden who had argued that graffiti and represents a performative space or rather “a performance of marking various points of contact between individual and the world in celebration of existence or as a declaration of resistance” (Bowen 1). Throughout my investigation, I have been looking through the lens of exactly that, mural art as place based first and foremost, with its cartographic importance (at least through the framework I was using) resting in the fact that it is so place specific, and assuming that narrative would only play a supportive role to the actual work.

After logically trying to organize my data into some sort of database, I was left at a loss, left with more of a patchwork of discordant information than a systematic table of information. Conceptually, I figured my primary entity would involve each place based mural, each with attributes involving dates, people involved, events the specific piece was tied to, with each space being neatly fit in. My logic involved stacking arguments that would layer neatly on top of each other around place based artifacts.

with each person corresponding to multiple places and adding a sort of narrative layer.

I may still keep these two entities as fundamental units of involved actors, but the relationship between the two must be re-conceptualized.

What I began finding after weeks of attempting to gather data, is that the artifacts of murals in Spanish Harlem seem to exist in a more perceived realm. I had always (and I now realize prematurely presumed) after talking to many people in the community (and some artists themselves) nobody seems to have concrete facts on what these works mean or who painted them (a perfumery with a large mural on the side of it which has recently been re-painted had no idea who was behind it or what it meant, but had a large picture of the work on their catalogue), and likewise the people involved with painting the actual works couldn’t remember specific works or where they were painted. I had the opportunity to speak with a mural painter and graffiti artist named Edwin, who seemed to be able to tell me about the neighborhood and the fact that he had been tagging and painting for decades but when asked who or where he had painted within the community, he could only give me a couple answers, saying the who and where was not really important to him.

In the meantime, there have been many organizations within the community who have worked to restore two murals: “Dos Alas” and “The Spirit of East Harlem”, and murals seeming to exist in specific places within east Harlem- at a school on 106th st., for instance, seem to hold communal significance that is entirely dependent on the place it is painted in.

My point is the initial perspective of this project in cartographic representation was one that looked at the use of cartographic space as a way of coordinating disparate sets of information into a larger argument. I was looking at mapping as a platform of cohesion, but (as Shannon astutely mentioned last week), cartographic space can be used to show disjointed as well. This allows for a logistical shift  between using mapping to show commonality between data, and using cartographic space to illustrate the disparate realms in which something exists- or rather the incongruity of an idea.

How to accomplish this exactly is something I will need to work out.

*Sidenote: In relation to Chirsto’s post on MapMap Vauxhall and the intersecting matrix between “mental maps” and “real world” maps and the perceived space that is occupied, this offers a really interesting perspective, and one I feel like I have been dancing around this whole project. One of my main conceptual problems has been- how do you map something as fact (and I do feel that there is the possibility that any coordinate based map has the potential to lend itself to a certain authority or “truth”) when much of the space it occupies in indeed entirely based on its perception? (And I feel that this potentially adresses this conundrum nicely)