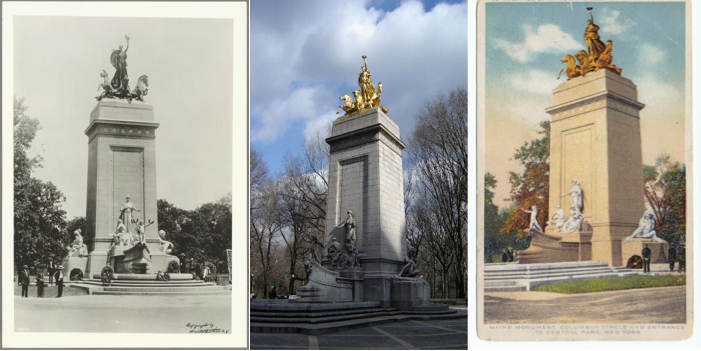 I feel like I am finally gaining some momentum with URT. It seems to be a slower process than expected, but an interesting one nonetheless. I am sure I am not the only one who has encountered a bit of “reconfiguring” of their data and presentation as they began the uploading process. Once fully immersed in URT I have been able to think more critically about how to present things in the most aesthetically pleasing manner and what would be user friendly. While these are elements of the project I have been thinking about from the beginning I do not  think it was possible prior to really see how may ideas were going to be function without actually being in the system on a regular basis. A large part of my data revolves around the collection of pictures that portray the monuments in various capacities. While they are not my primary source of data I did want to present them in a way that was concise and compact allowing the user to access that information in one portion of the monument’s record as apposed to having an entire layer devoted to the photography of monuments. I settled on a creating a file that had multiple photos photo shopped together to make one jpeg. In doing so I have been able to minimize the number of attributes devoted to photos so that viewer can have them as a point of reference but not be bogged down wading through three or four pictures before getting to any text. 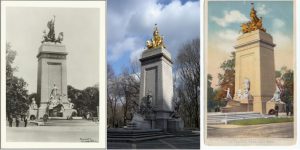 I have to admit that I cannot take credit for the idea of consolidating images to minimize clutter within a record (thanks JJ!).  Working at the “URT party” was incredibly helpful.  It was a great chance for those who attended to talk out issues together. Problem solving is always easier with a number of heads working towards solving one problem.  It also served as a great wayto find out what similarities in design as well as content seemingly varient project might have with one another.  I left yesterdays gathering feeling overwhelmed with the amount of work that I have yet to do, but encouraged by the obstacles that were tackled!