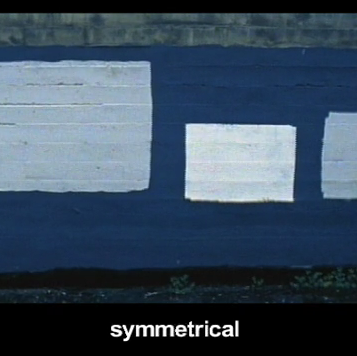 We discussed a number of criteria by which to evaluate multimodal research and map critiques. Here I would like to briefly discuss the project in relation to the MLA recommendations for a digital scholarship evaluation framework.

Conceptual Core:
What started as an inquiry into graffiti removal as an inscription mechanism, became an inquiry into the staging of a spatial argument. I think I placed the definition of the method too loosely to the point. The idea of the city is medium could perhaps be reinforced in this project through the application of actor network theory. If I were to reassemble the conceptual core of this project, I would perform an archaeology of the networks of graffiti removal. As a result, I think my method of visualizing and walking the data would make more sense as a critical and traceable reading of documented graffiti removal.

Research competence:
The research comes out stronger in the process than it does in the product.  The product, i.e. the URT map, should link out to other projects and research. I think it is easy to get caught up with an idea that research means contextualizing material to the map, when research also means contextualizing the work within the broader domain of scholarship. In addition, I was concerned that interviewing agencies and organizations involved in graffiti removal would prematurely devalue the data set as an archival document. Still, to properly assess it as an archival document should involve a critical inquiry into its production method. This is something I hope to do in a future open data project.

Form and Content:
I think the project effectively distinguishes between the data set and the information collected in the investigation of that data set. Certainly the distinction between the two is not absolute, since observations have an effect upon the objects under investigation. Yet, by maintaining the distinction within the data model, the acquired data set can be reconfigured with another set of observations. My observations remain traceable and distinct, thereby permitting critical evaluation. That’s one of the affordances of the database form and I think the project takes advantage of it.

Creative Realization:
I often asked myself, could this have been done in a paper? Although I am still confident that it could not, after the presentation I can see the role of a paper (or script) accompanying the project. The map and urban space are the two surfaces under inquiry in this project. The prospect of the using them as conceptual surfaces upon which to inscribe research was the creative challenge. URT allows for annotation and tracing an argument to a map. The web app was meant to contextualize the annotations to reader’s surroundings. In both cases, arguments are written by tagging and tracing, while reading takes place through navigation tasks upon the map or by walking the map.

Still, I’ve noticed that all the presentations involved navigation tasks that would seem obscure without the author walking us through them. Why do the maps come so alive when we have a guide walking us through them? How can this be creatively addressed in the realization of the projects? Is a paper the best way to archive guide’s script to their work?

“When compared to the works of the great abstract artists such as Rothko, Rauschenberg, and Malevich, Graffiti removal can be seen as a culmination of many of the important movements of modern art while maintaining its own distinctive traits and qualities.” That’s just one of the many great observations in Matt McCormick’s film, The Subconscious Art of Graffiti Removal – a film about the unconscious production of art by those that remove graffiti.

Where McCormick investigates the city as an urban medium for subconscious expression, I have unconsciously made a counter claim. The very traceability of the City’s graffiti removal process reveals to us conscious choices of location and time. Mapping these locations and visualizing how they change over time reveals artists with profound aesthetic sensibilities. Indeed, we may even be able to see evidence of artistic progression by tracing graffiti removal performed over the course of a day.

There is even artist statements! The resolution actions stored within the data set – “Property cleaned”, “Graffiti not found”, and “Graffiti intentional” – elucidate the potential meaning of the work. However, it remains to be seen how conceptual some of these art pieces are. Already, some works remind me  of Marcel Duchamp’s Fountain. A parking lot covered in graffiti has the digital tag affixed to it that reads: “Property cleaned.”