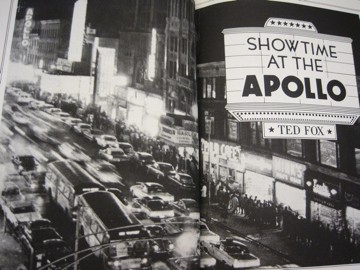 At the end of the whole URTing process I am very pleased with how things turned out. I think that for the majority of the semester I was intimidated by URT because I was not familiar with programming nor digital mapping (or mapping that didn’t require colouring in the lines). As my research progressed throughout the semester, and as I have mentioned in my other process blogs, the wealth of information surrounding my topic of music in New York City became a bit overwhelming. Without having narrowed down my specific mapping goals or honing in on one area of research, it was hard to move to the next step.

At this point, if I could go back and change something it would be closing gaps earlier on in the project. It is sometimes hard to grapple with the idea of collecting information and not using it or not being able to maximize a topic to its fullest potential based on limitations – whether structural, technical, intellectual or due to sheer time and size restraints. Allowing myself to make the decision earlier on to focus my research on Jazz and Manhattan I think would have richened the final product of my map.

In any case, once I made that decision and I geared up for URT – everything seemed to fall into place without many hitches (thanks to Rory). The method by which I decided to input my data helped me understand what I had found, what I wanted to explain and in the end explain it in a way that was communicable to an audience.

Things I would have liked to have done would have been to explore more the political and economic states of New York City during the 20th century and apply that argument to my research a little bit more. I think having that information would help to solidify the overarching argument of live music venues influencing cultural and social changes within particular environments.

Either way, I feel that I found a unique way to tell the story of Jazz in New York through a history and a story. My arguments attempted to show the audience the landscape of jazz in the 20th century as well as put them in the shoes of an African-American musician who thrived and faced adversity during this period. I attempted to show the cultural barriers that existed during this time and how they were changing over the decades.

I think using the artists and their stories – where and what they performed, with whom and for how long – was pivotal to the story-telling element as well.

In the future I would love to implement this framework to the genres of Hip-Hop and Rock n Roll which I started to do but had to refrain from getting too caught up with it. I thought in the end that it was better to elaborate on one genre entirely to communicate my argument and ideas of live music venue circulation, evolution and change rather than take a few examples and sample them on the map.

Some limitations I experienced (or difficulties I had) with the map – which I am sure will rectified as URT goes through its development process are as follows. I would love to be able to choose the order in which the layers appear on the side panel because I think in a way they help users to navigate the larger argument being expressed by the mapper. I would have liked to show each genre’s venue with a different colour star as to be able to track change over time (which also would require the timeline feature at some point). Being that this project is very preliminary it was not pivotal that those features at this point in time and did not in fact detract from my ability to present my argument. I also could have created separate layers for each genre venue in which case I would have been able to colour the stars differently, however, I didn’t realize that until after I had figured out my plotting process. Like I said, in the end I don’t think it made a huge difference.

I think using URT and learning about mapping has shown and given me a whole new perspective on information distribution, transmission and sharing. Understanding the process by which maps are created and the various ways by which they can be executed was very eye opening. I really enjoyed each project and am extremely pleased that I was able to be a part of this work in progress!