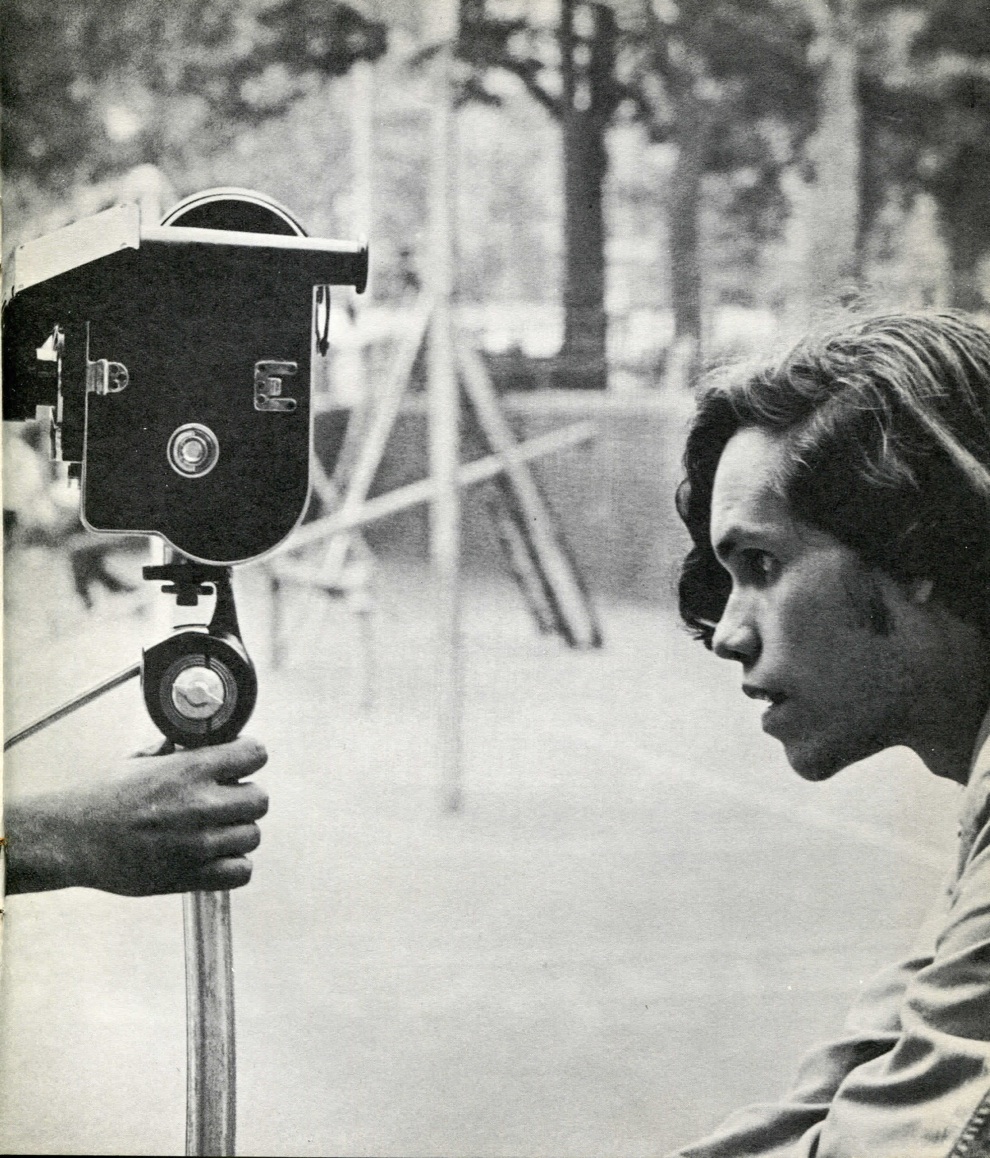 I’ll admit it…I’m an artifact fiend.  Gathering interviews and other primary source material for this project has been the most exciting aspect for me.  There’s a very nerdy kind of rush that I get when one of my interview subjects gives me an amazing photograph or (in the case of Scott Morris) scans an entire PDF of the New York City Cultural Affairs booklet that Rodger Larson published for teachers in 1966.  And of course, there are the artifacts that I can’t even directly touch they are so fascinating – the films themselves.

Although my past two process blogs have covered my method and artifact-gathering pursuits…it’s now time to “reign it in” (as Steven so appropriately quoted Shannon in his beginning of class presentation).  I really did not know how difficult this would be and I found myself procrastinating from actually deciding on my plot points by doing more research.  I was making appointments at the New York Public Library to view the collection up until several days ago!  But, without running the risk of getting to confessional…here are my thoughts on organizing my material on URT.

What type of relationships have I been most fascinated by in my own research?  I had already decided that my layers were going to consist of screening locations, building locations, film locations and people (where they lived in the 1960s – 70s).  The story of Young Filmaker’s Foundation is one best told through the relationships that the people have with the material that they create – where they choose to create it and what happens when their films are introduced to the public.  Additionally, all of the people who I interviewed discussed their experiences getting to and from film club.  This relationship to the physical building also seemed important to the narrative.  Because I am going to be adding to this map over the course of next semester as I continue to work with the collection, it seemed important to also use the plot points as an archive of sorts, a way of categorizing information that I am collecting.  In this way, whatever I put down on the map will be divided into areas of significance that I can continue to use as ways of organizing.

So…What IS the [plot] point on my map?  I believe that it is an item situated within a compartment of organization.  The layers become like drawers on a bureau.  Each one has its own space for information that is separate, but connected to the rest. Right now, I am laying out my drawers and placing the material (the plot points and paths, in the case of this map) in spaces where it will be easy to find them, for myself as a researcher and for the audience who uses this map as their own system of organization if they choose to plot another youth media program.