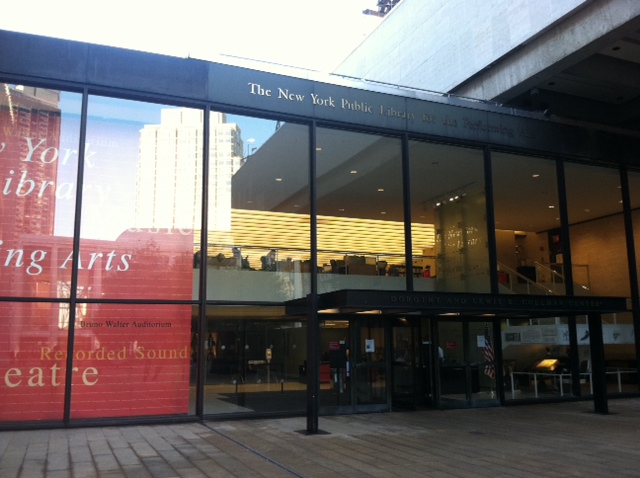 Explaining my project to the class last night was a good way to practice explaining a significant body of research on Young Filmaker’s Foundation.  The map itself does not necessarily feel complete, but the process that I embarked on to create it feels thorough.  In the explanation of the map, I offer the vision of a ‘seed story’ framework.  With this, I can feel better about my process of collection, knowing that I have layed a foundation and it does not have to be a whole structure (i.e. a complete story map).

A major difficulty that I had over the weekend in my work completing the project was creating all of my records only to find out that I had to recreate them due to a bug on URT that would not allow me to plot a point, path or area once a record had already been created.  This is a feature of URT that I probably should have tested out beforehand, but found myself instead working to recreate all of my records and then plot their points.  This was actually a good reflective moment as I was able to gradually and meticulously see the map emerge rather then plot it all at once.  This is a major process consideration, as I may have allowed myself to move in different directions if I plotted (along the way) the directions that my map was going.  Instead, I became quite focused on the content of the map – delving, digging, and learning more – rather then incorporating structure along the way.

In my last post, I described myself as an ‘artifact fiend,’ which made my next technological roadblock most frustrating. My computer crashed and I was unable to access three of my interviews and several documents that I (oops) had not saved on a hard drive – this is a first time computer crash experience for me – a lesson in data saving and organization at its best.

The arguments that I have created for this project are truly ‘suggested arguments’ for the map reader.  They open up a possible idea based on the connection between two layers.  For example, my argument about the difference in film content/location as related to Lower East Side youth versus those who came from other parts of the city is one suggestion for a result that someone may see coming out of this connection between building location and youth residence. This result forms more of an inquiry than an argument.  It is an inquiry that I hope to explore through future research at Young Filmaker’s Foundation.

The argument that I have made throughout this map is that in my research, I wanted to make sure that I was staying close to the source.  The layout of my map reflects this as oral history interviews and artifacts that speak for themselves (i.e. slideshows of Rodger’s own books on youth filmmakers).  I would like to develop further ways to make this collaborative component of my map even bolder when the map reader enters the Youth Media Map.  In the future,  I can splice audio and embed it within specific locations, so that Rodger and the filmmakers themselves are literally narrating the story, opening it up for others beyond my one sentence textual commentaries.

Ultimately, this map is the story of my process.  It displays the breadth of my research and the intention behind my method.  It also represents my desire to learn more about this organization, while continuing to archive its history before it gets lost.  This certain rush against time – the decay of the film, the changing lives of the filmmakers themselves and the present-day pertinence of youth media culture – makes this the perfect moment to go back to the start and continue to record the unrecorded.  Thankfully, I’ll have the perfect opportunity to continue this work at the library as an intern in the Young Filmaker’s Foundation collection.  I’ll be recommending films to screen in various locations and digitally documenting the stories behind the organization to archive with the collection.  This time…I’ll save it all in two places.